Corporate Guarantee (South Africa) Limited specializes in unique risk management solutions with a focus on providing a formal platform for clients to insure themselves by incorporating innovative and tailormade approaches towards risk management.

LEARN MORE ABOUT US 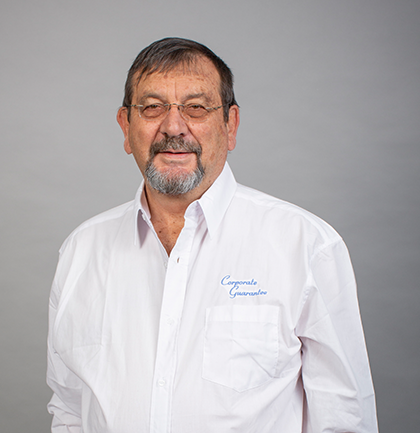 His experience includes: member of the National Agricultural Marketing Council, trustee of the Oilseeds and Protein Research Trust, chief economist of Agri SA and member of the SA Maize Board’s management team, entrepreneur with his wife Marlene and two daughters in various businesses, including agri-business consulting, feed manufacturing and tourism. He was a full Professor at the Department of Agricultural Economics and chair for five years at the UFS. He served on Absa Group and Absa Bank boards for more than five years as an independent non-executive director and for three years as board member of Absa Financial Services Proprietary Limited (serving on various committees). He is currently involved with UFS Business School and teaching a course on scenario planning.